Loved it? Share with others
designeverest.com/lounge
5 women entrepreneurs under 40 to watch in 2021
By Jyotshana Rani, OpenGrowth
29th Dec'20

“I want every little girl who’s been told she’s bossy to be told again she has leadership skills.”

Being a woman is not an easy life, especially when you are a strong opinionated woman, it gets only harder to live, and you will get many nicknames for having opinions. Women have to fight for their survival from the womb to the tomb!

Our older generations, we and even future generations will witness many pandemics like coronavirus. These viruses are temporary, soon we will get a vaccine for them, and it will all be gone in a few years, but women's rights are one thing that we are fighting for many decades now. And it is a fight that we can not afford to lose.

Though there has been a vast change in the last 10 years, we still have a long way to go. There are many women entrepreneurs or business leaders we can see now. But, we can’t deny the fact that it is a tough journey that demands many sacrifices when compared to the journey of a male leader.

No matter how much we discriminate against people on the basis of their gender, life, and difficulties do not do so. Becoming a women entrepreneur is not an easy journey irrespective of their gender, it only becomes difficult in the case of women. Indeed, several women are leading a business, and many are in a position to become one. But they have lost many things and fought many battles to achieve what they have today. today there a lot of challenges faced by women entrepreneurs.

Women entrepreneurs under 40 to watch in 2021

Shirley Chen one of among women entrepreneur has completed her Bachelor of Arts/Science, Columbia University in the City of New York is the founder of a commerce technology company called Narrative in 2015. It is a startup that has received $3.5 million in seed investment from New Enterprise Associates and Talis Capital.

When Chen was working with top brands and looking at customer acquisition costs at McKinsey as a consultant and marketing director working, the idea of Narrative came to her mind. There she realized that when publishers review the product and include affiliate links, then they acquire new customers, and it is one of the most cost-effective means to acquire new customers.

She also realized that the content was often filled with broken links, and artificial intelligence could find and repair those links while transforming content at scale, and at that insight, Narrative was born.

The narrative uses artificial intelligence to enable retailers to bid for clicks on product links in editorial content. Some of the great brands like Samsung, hp, Best Buy, L’OREAL, among others use Narrative to tap into $40 billion of annual consumer spending.

The company has reported that it has achieved more than $33 billion in retail transactions mapping over 100 million products.

MUST-READ: Are Women Equally Paid for Their Work? 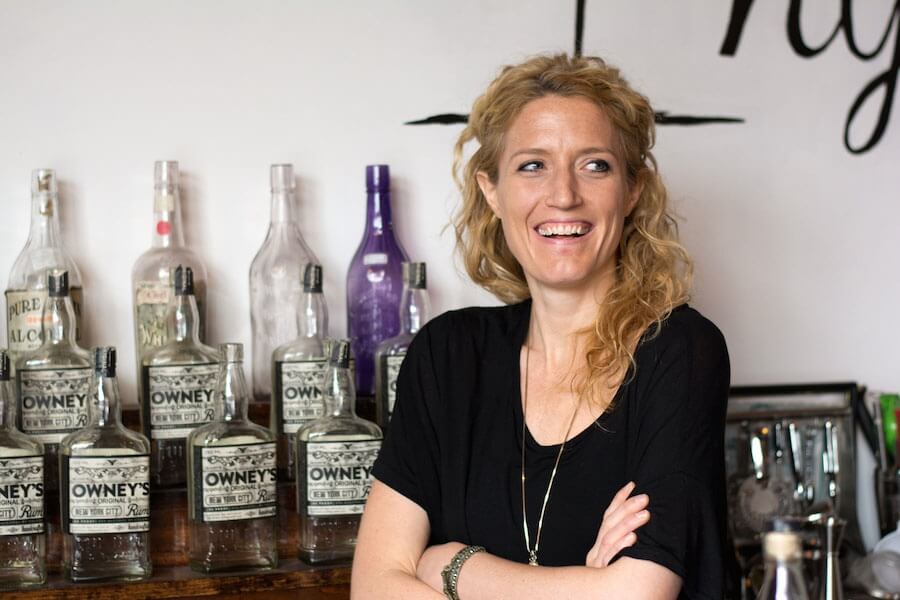 Beaches have always been Bridget Firtle’s true happy place. Bridget Firtle one of among women entrepreneurs was born and raised in the Rockaway Beach neighborhood of Queens which brought her closer to beaches. In 2007, she received her MBA from Binghamton University and began her career as a consumer goods investor focusing on global alcoholic beverage companies at a hedge fund on Wall Street.

Bridget got the opportunity of joining the renaissance occurring in American distilling and founded Owney’s Rum, New York City’s only rum distillery in 2012. After that, she was recognized as a Forbes 30 Under 30, Zagat 30 Under 30, and one of Imbibe’s 75 People to Watch.

Firtle formed a strategic partnership with Proximo Spirits within the five years of launch, and in early 2020 she sold the company and launched Rockaway.

Rockaway is a new sparkling beverage inspired by Bridget’s hometown. The goal behind launching Rockaway is to create a line of nonalcoholic functional drinks with 1% for the planet that will be given to Surfrider Foundation, a local foundation working to protect the oceans.

Read here: Get to know more about Bridget Firtle and her journey. 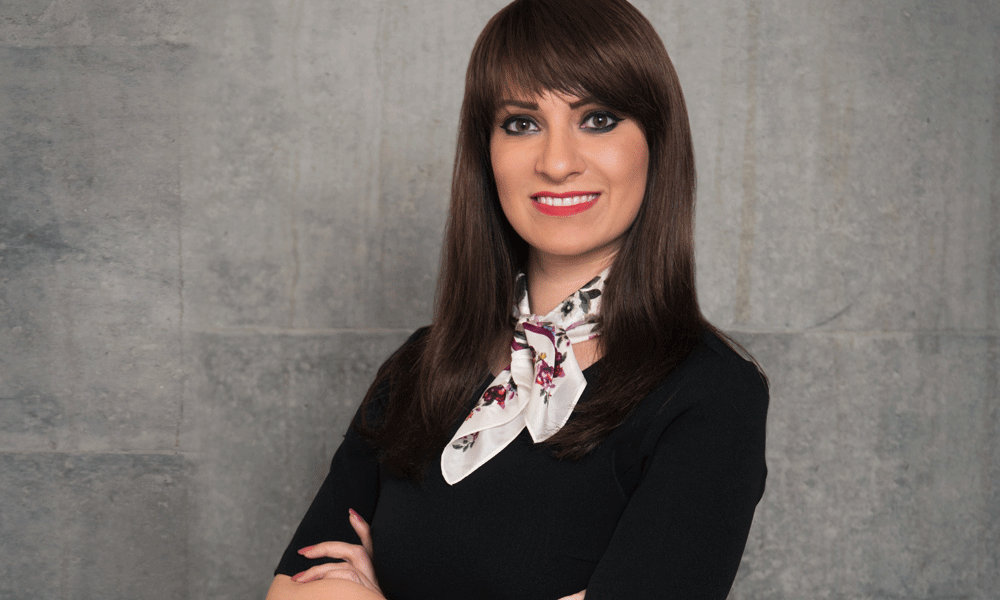 Elnaz Sarraf one of the women entrepreneurs, founder, and CEO of Roybi has more than 15 years of experience in tech, sales, and marketing. Founded in 2017, Roybi is an ed-tech company focused on early childhood education, artificial intelligence, and robotics. In its seed round in 2019, the company has raised $4.2 million.

Roybi Robot, an AI-powered companion robot for young children in language learning & early childhood education has been named as one of the best inventions of 2019 by TIME Magazine. The company delivers personalized content to children based on their pace and interests and uses artificial intelligence to do so. Its products include over 500 lessons which consist of basic STEM, stories, games, and songs, and creates fun and interactive learning experiences for children. Along with that, the product offered by Roybi Robot creates smart reports of children by detecting their emotions, if they are happy or sad.

Besides, Sarraf is a board member at the Consumer Technology Association’s Small Business Council and was recently appointed as a senator to present the US at the World’s Business Angel Forum.

Educational robots by Roybi in pandemic

Among many things, the impact on education worries the most to the parents during corona times. Older students are attending their classes and giving exams online, but what about the kids? They can not go outside, they can not play with the kids of their age, can not go to playschool, and many more such questions were there in the parents' mind. Roybi robots have got the answer to all these questions. Roybi has relaunched its robots to lessen the parents’ worries and help kids learn while playing and staying at home. Read more. 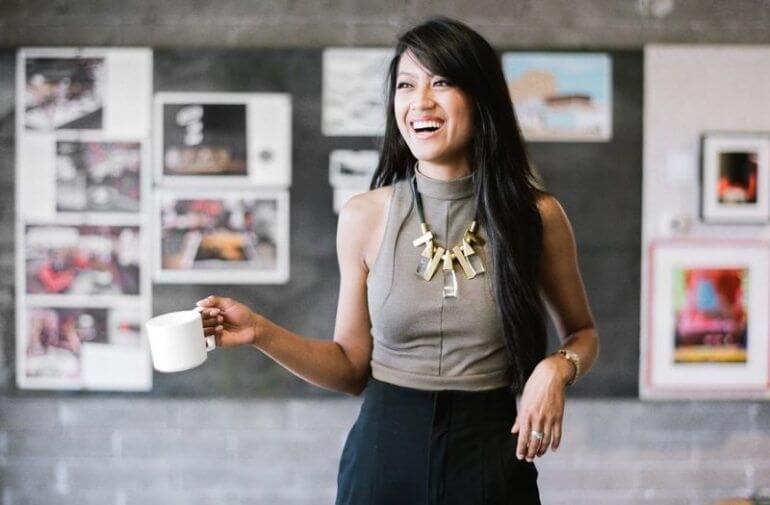 DeVane has always been a coffee lover, and that is how she came up with the idea for handcrafted tea blends in 2015. In 2016, the founder of the company Teaspressa, Allison Devane was told by “Shark Tank” that her product would never get the success that she projected on national television.

From there, she worked harder, grew her Arizona-based gourmet beverage company, and exceeded her original sales projections, and became successful woman entrepreneurs. The company reached $ 1 million in sales, and after selling more than 200,000 units this year, the company’s protected 2020 revenue is $2.5 million.

The caffeine content in the products offered by Teaspressa are the same as a traditional espresso shot, and along with that, it provides the health benefits of traditional tea leaves to the consumers. Recently, new products Luxe Sugar Sticks and Luxe Spirit Sticks have been launched which add all-natural and low-calorie flavor to beverages.

She has been named one of Arizona’s Most Influential Women and was selected as a member of The Tory Burch Foundations’ Business Fellows Program.

Read here: Get to know more about her story as a woman founder and small-business owner. 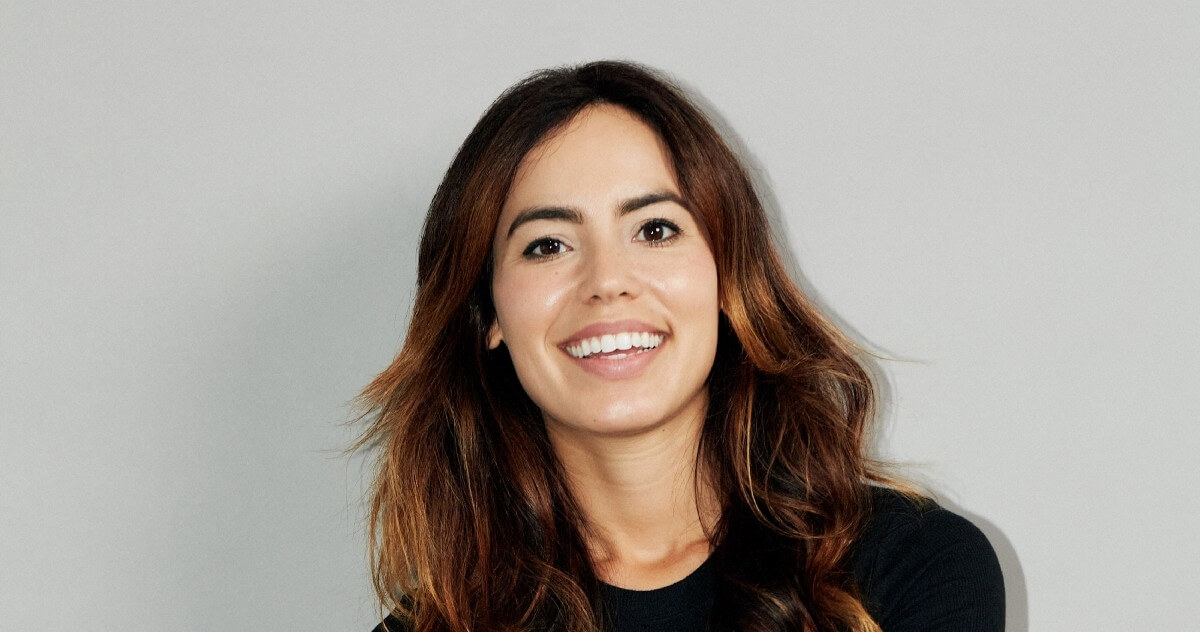 Founder and CEO of Two Front, Ingrid Murra is a Havard-trained orthodontist. After completing As a kid, she didn't like her smile and thus got the braces which changed her life. She got the confidence to smile more and she opened up to more opportunities due to the confidence she got. That time she decided to dedicate her life to giving people the gift of confidence, and following her dedication, she completed her graduation from New York University’s College of Dentistry, and she completed her three-year orthodontic residency at Harvard Medical School in 2018. At that time, she also realized that the industry needs to transform and propel itself forward from the antiquated practices, appliances, and that's how Two Front was born.

Two Front is a company that aims at modernizing and democratizing orthodontic care. It offers children's treatment with a virtual consultation and two in-person visits followed by monthly virtual visits.

Two important missions with which Two Front is created are: to spread confidence and joy to patients and to empower orthodontists to build clear aligner practices. Her insight on the market and practical experiences have helped her in raising $1.63 million in pre-seed VC funds.

Don’t miss out: Do You Know About The Rise of She Economy?