What is a fuel cell?

A fuel cell is an electrochemical cell that uses a pair of redox reactions and converts the chemical energy of a fuel and an oxidizing agent into electricity. Every fuel cell consists of two electrodes, one is called the cathode, and another is called the anode. A fuel cell has a catalyst that speeds reactions at the electrodes and an electrolyte that carries electrically charged particles from one electrode to another.

One of the basic fuels of a fuel cell is hydrogen, but it also requires oxygen. The hydrogen and oxygen used in generating electricity give a harmless byproduct, which is water. And hence, it generates electricity with very little pollution.

Visit these links to know more about fuel cell:

Fuel cells are mainly classified based on the kind of electrolyte they use. Further, this classification regulates the type of electrochemical reactions that will take place in the cell, the kind of catalysts required, the temperature range in which the cell operates, the fuel required, and other factors. This is why each fuel cell has its own advantages, usages, disadvantages, and limitations. Get to know about the different types of fuel cells. 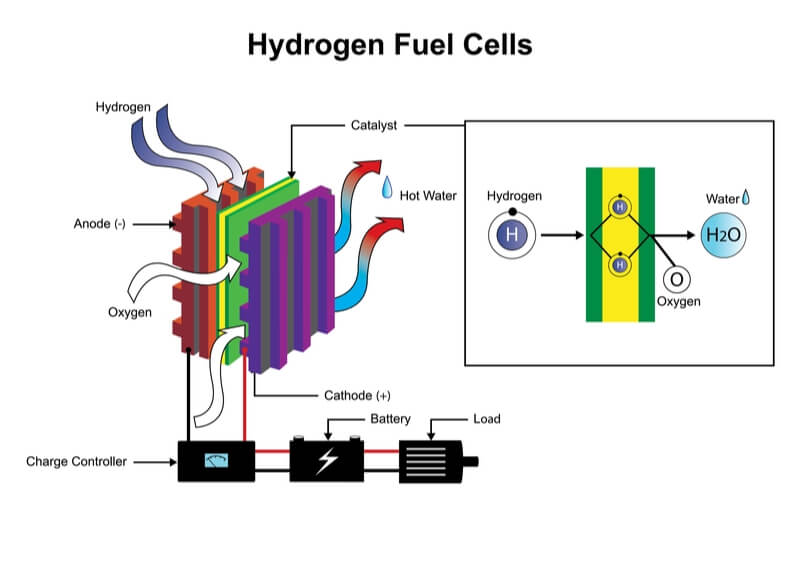 Fuel cells work like batteries, but like batteries, they do not run down or need recharging. As long as there is a supply of fuel, fuel cells will produce electricity and heat. They convert chemical energy into electrical energy and are used to power fuel cell vehicles, including forklifts, automobiles, buses, boats, motorcycles, and submarines. Read more.

Fuel cells are clean energy technology, and it gives the heat and water as byproducts. They are efficient, generate clean electricity, and run non stop. Now, the first question arises: why are they not used on a mass scale? Click to know about it.

Plug Power Inc. is the leading provider of clean hydrogen and zero-emission fuel cell solutions that are both: cost-effective and reliable. It is an American company headquartered in Latham, New York. The company is engaged in developing hydrogen fuel cell systems that replace conventional batteries in equipment and vehicles powered by electricity. 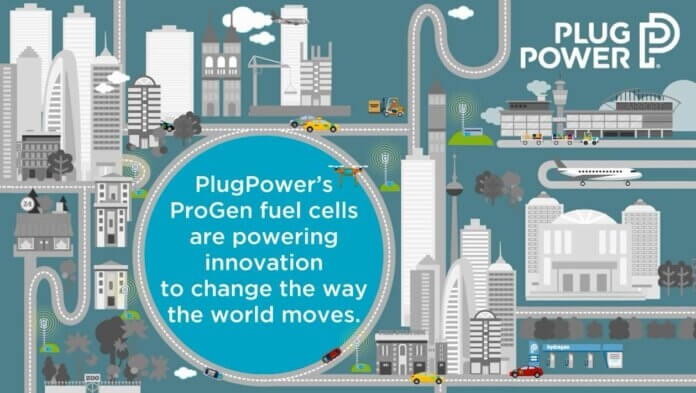 Go through these links to get more idea about Plug Power:

Fuel cells have a minimal impact on the environment as it produces water and heat as byproducts. As a clean energy technology, Plug Power is a global leader in the design, manufacturing, and delivery of clean, reliable on-site energy products. Till now, it has deployed more than 25,000 GenDrive fuel cells. Read more.

Like other businesses, several companies are dealing in Hydrogen fuel cells as well, yet people are putting their bet in Plug Power when it comes to investment. Get to know about some of the prominent customers of Plug Power.

FuelCell Energy, Inc. is a fuel cell power company that designs, manufactures, operates, and services Direct Fuel Cell power plants that run on natural gas and biogas. As their power plants do not just give pure hydrogen, but the byproducts of electric generation include carbon dioxide, and hence they are not considered "hydrogen fuel cells."

The company is one of the biggest publicly traded fuel-cell manufacturers in the U.S. and is operating over 50 plants all over the world. The world’s largest fuel-cell park, Gyeonggi Green Energy Fuel cell park, located in South Korea is operated by it. There are 21 power plants in the park which provide 59 Megawatt of electricity plus district heating to a number of customers in South Korea. 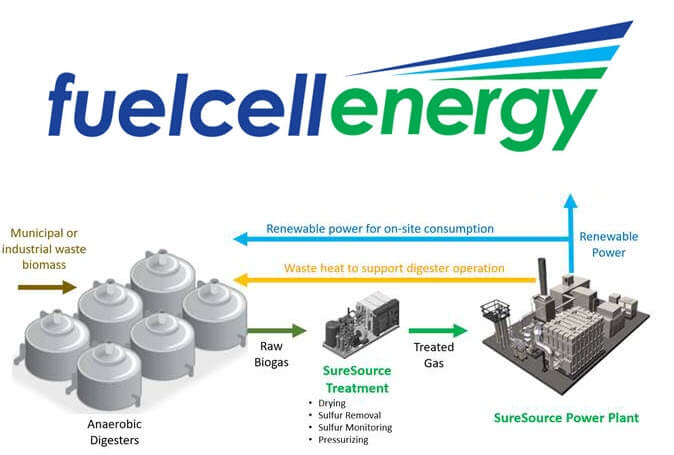 The largest fuel-cell park in North America is also operated by it. This park consists of five 2.8MW power plants and a Rankine cycle turbine bottoming cycle in Bridgeport, Connecticut. The company has two markets, one is ultra-clean power which is based on natural gas, and the other is renewable power which operates on renewable biogas.

Must-read: Climate change and how you can help reduce it

Which is a better buy: Plug Power or FuelCell Energy?

Both the companies are fuel cell companies and work in the establishment of sustainable clean energy technologies, yet there are a few factors that help us distinguish why one is better than the other.

One of the main factors that differentiate both is revenue growth. Over the last five years, Plug Power easily beats FuelCell Energy with average revenue growth of 37%. Also, Paul Coster, one of JPMorgan’s analysts, believes that Plug Power is a "top pick" within the hydrogen and fuel cell space and could reach $1.2 billion in sales by 2024.

In comparison to that, FuelCell Energy's revenue fell 18% in the latest quarter. The fall is mainly due to a change in the company’s strategy. As per the strategy, the company now focuses on power purchase agreements (PPAs) instead of outright selling of fuel cell power plants. 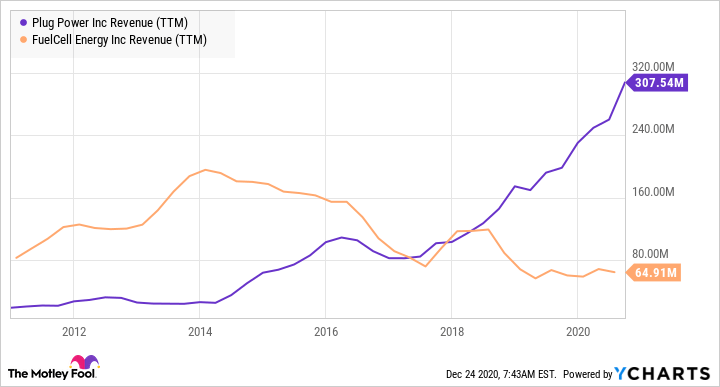 Visit these links to have a clearer idea about revenue growth:

The pressure on companies to find cost-effective ways to reduce carbon emission is increasing and this compels many companies to turn towards Plug Power’s HFC forklifts. And this will help Plug Power in generating higher revenues, profits, and stock price. Read more.

Revenues measure the total amount of value that a company brings in during a specific period. When analyzing a company, revenue is an extremely important metric. If you are thinking of investing in FuelCell Energy, check its revenue from 2006 to 2020 and then decide.

FuelCell's new strategy is undoubtedly better. But the company hasn’t generated any profits in the last two decades, and considering that the company doesn't have the capital to invest in the projects, it will be difficult to implement the strategy.