The Japanese government is pouring capital into the evolution of flying cars with the objective of commercializing the futuristic mode of transportation as soon as 2023. A number of flying car concepts are being formulated throughout the world, with the likes of Airbus, Boeing and Uber leading the charge.

From horse-drawn carts to the invention of cars, ships and air balloons, history indicates that the modification in human mobility occurs only around once in a century.

“And about 100 years after the start of mass production of Ford Motor Co.’s Model T, the human race is about to see another mobility revolution”, according to a former Toyota Motor Corp. engineer, who now leads a startup that is betting on launching a commercial flying taxi service in 2023.

Tokyo-based SkyDrive Inc.’s CEO Tomohiro Fukuzawa is convinced that by 2050 anyone will be able to fly to any end within the capital’s 23 wards in 10 minutes. The possibility is enormous, with global demand for electric vertical take-off and landing aircraft set to reach $1.5 trillion by around 2040.

Purpose of the Project

Flying car projects are bringing a helping hand from Japan’s administration, which is shoving for their commercialization in 2023. 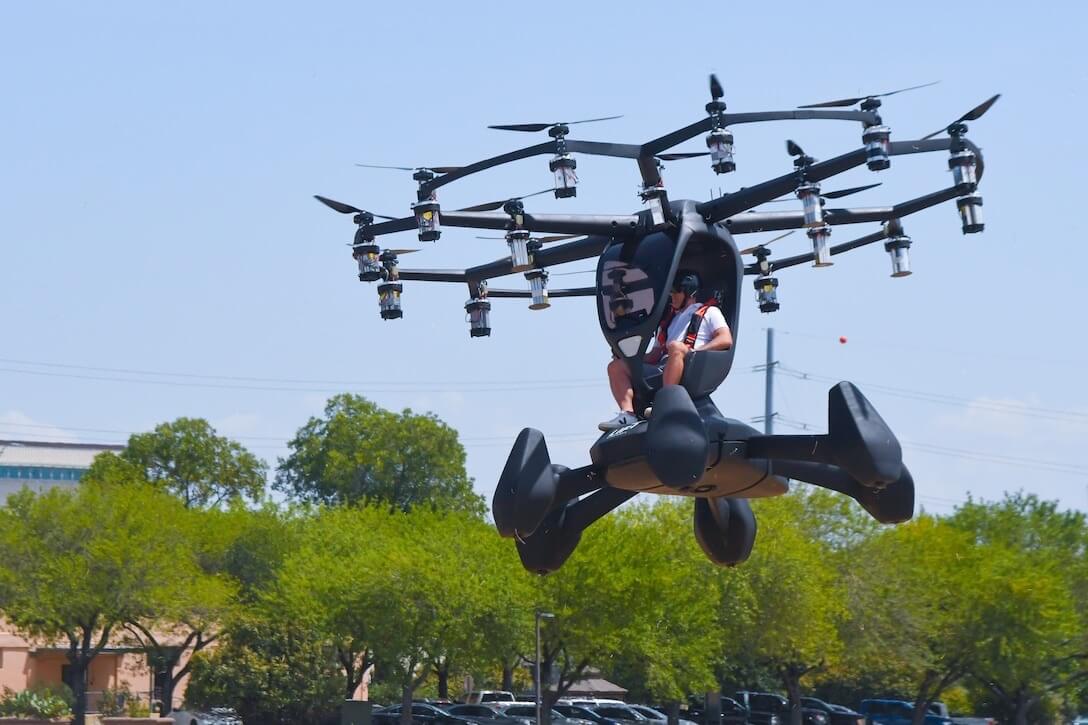 The government’s ultimate goal is utilizing airspace to transport people in big municipalities, to avoid traffic jams, and giving a new mode of transport for mountainous regions and remote islands, or for usage in case of natural disasters and other emergencies.

Refer to the below links to know more about Flying Cars and Social Innovations:

Japan government’s idea of flying cars is like Uber and Ola models meaning electric drones can be booked by users on their smartphones and travel from rooftops through air. Read more

Air-One is all set to open its fully-operational drone site for cargo drones and air taxis in Coventry later this year after securing funding from the UK government. Read more

Do You Know About Flight Simulator?

Flight simulation is a training process for the pilots and airplane crew members where they are put in a stimulated flight condition to give them an idea of real life conditions. Learn more

With the ongoing fight against plastic pollution, Supriya Sahu, collector of Nilgiri initiated this movement and has now become a success story for generations to tell. Read here

7 Podcasts That You Need to Listen to Right Now!

If you love multi-tasking and social innovations then this is just the type of medium you would like. Find out 7 amazing podcasts that you will love.

We at OpenGrowth, are constantly looking for startups trends in the market. If you wish to know more about the startup ideas, let us know in the comment section.

About the Author: Beauty Kumari

An eloquent individual, love to express a myriad of topics through her words. She is ready to take any professional challenge head-on and give her best to any project entrusted to her. She wants to adversely impact through her writing and build a career out of her passion.