Loved it? Share with others
designeverest.com/lounge
How a Plastic-Free Campaign Became Nilgiris' Success Story
By Jyotshana Rani, OpenGrowth
16th Dec'20

Our environment is choking in plastic, now more than ever. The plastic invention made human life easier, but for other living beings it turns out to be a terrible nightmare. After seeing the horrific tragedy of animals dying due to plastic consumption, and its harmful effects on our environment, people have started to avoid using it. But, the dependence we have on plastic will make it difficult to let it go completely.

We are so used to plastics that even after knowing the seriousness of its effect on the environment, in our lives, we tend to use it. Many environmentalists are actively addressing this issue, especially to make the millennium understand this. They are the future of our country, and if they will not understand now, we will have no time left to act on this. The situation already is, NOW or NEVER!

It’s time for you to act. Check the 5 most inspiring advertising campaigns that fight plastic pollution

As the fight against plastic pollution continues, many people are coming forward to save our environment. Supriya Sahu, collector of the Nilgiri, in Ooty, is one such person who started a plastic-free campaign in Ooty and she has come a long way. A story that inspires many and gives the message that it is high time that we all should come forward because it’s a battle, we must win if we want to live a healthy life. 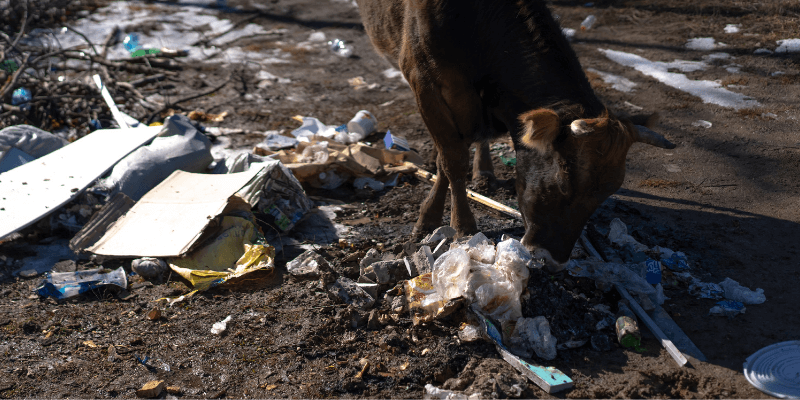 Supriya Sahu waved the ‘No plastics’ banner and began the movement for a plastic-free Nilgiris long before plastic-free campaigns became fashionable. What inspired her was seeing cows swallowing the plastic while trying to get at the leftovers in garbage dumps. The news of plastic pulled out from an elephant intestine during an autopsy was the turning point in her life and, that's when as a collector, she decided to announce a ban and begin implementation on plastic.

To start the movement, she created a committee to discuss what can be done. It was easy to make people understand why it is important to ban plastic, but implementing the ban was not an easy task, especially for a place where a large number of tourists came and brought enormous quantities of disposable plastic cups and spoons, non-paper plates for their convenience.

So, to enforce the ban effectively, 20 years ago, a presentation was made with the help of experts, myriad supporters, and admirers using overhead projectors. The presentation showed horrific visuals of animals eating plastic bags containing thrown away food, which littered most tourist routes. There were graphics of gruesome post mortem where vets removing plastic bags from animal carcasses were shown.

Hypothetical sketches showing hills of plastic were added to the presentation. Along with that, a heart-wrenching visual of a mother was shown who inhaled burning plastic from a nearby dump and it harmed her unborn child in the womb, emerging disfigured.

Penalty for Violation of Plastic Ban in Nilgiri

These images created an impact on people and further, for the people who did not stop using plastic even after knowing its harmful effect, they started to take fine from those. Ten rupees for every plastic bag being used publicly, following this, one of the oldest, most prestigious shops in Ooty had been fined Rs 5,000 and this news spread like a wildfire implementing the ban successfully overnight.

Young leaders around the world to join the fight against plastic pollution.

There are several large heaps of plastic found in the ocean, and we are well aware of the way it is harming aquatic lives. When we heard about the dolphin dying because of the huge amount of plastic consumption, it shook people from inside. But for a good public awareness and actions have increased to avoid plastic uses. In June 2018, National Geographic magazine devoted a special cover package to plastic where they track some of the developments around this important issue. Take a look at it. 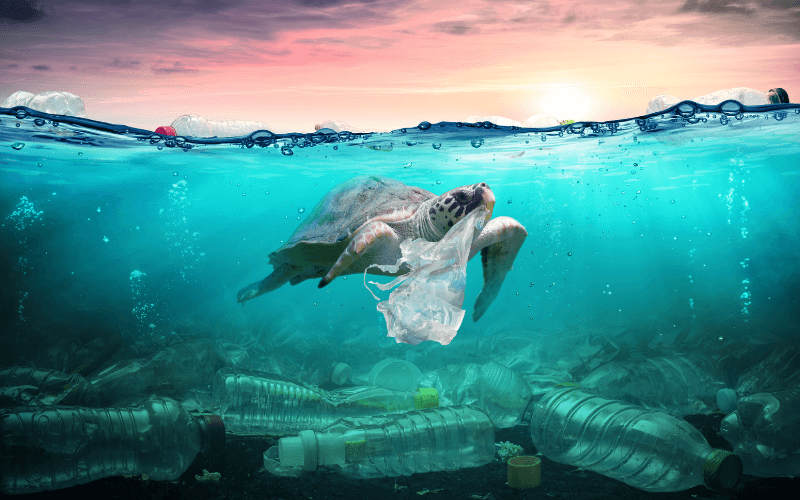 Plastic in our oceans is killing marine mammals

100 million marine animals die each year from plastic waste alone. 100,000 marine animals die from getting entangled in plastic yearly and 1 in 3 marine mammal species get found entangled in the litter, 12-14,000 tons of plastic are ingested by North Pacific fish yearly. As of 2020, there are 5.25 trillion macro and micro pieces of plastic in our ocean & 46,000 pieces in every square mile of ocean, weighing up to 269,000 tonnes. Every day around 8 million pieces of plastic makes their way into our oceans. Get to know how plastic affects marine life and how you can help them.