How Shaan Puri Managed to Raise Over $2.5 Million for his First Venture Fund?

Loved it? Share with others
designeverest.com/lounge
How Shaan Puri Managed to Raise Over $2.5 Million for his First Venture Fund?
By Jyotshana Rani, OpenGrowth
11th Jan'21

Formerly working as CEO at Bebo, a social networking website acquired by Twitch for 25 million dollars, Shaan Puri is an entrepreneur, podcaster, and investor. He started his career as the CEO of a San Francisco startup studio founded by Michael Birch called Monkey Inferno. After that, he gets hired as the CEO of the live streaming app Blab.

Currently, he is Senior Director of Mobile & International Growth at Twitch and host of the podcast, My First Million. It has become one of the world’s most popular podcasts on business and entrepreneurship with 2M downloads in the first year.

Through the podcast, My First Million, hosts Shaan Puri and Sam Parr aim to celebrate builders, even if they fail. And also give you the tools to help turn your scheme into a reality. 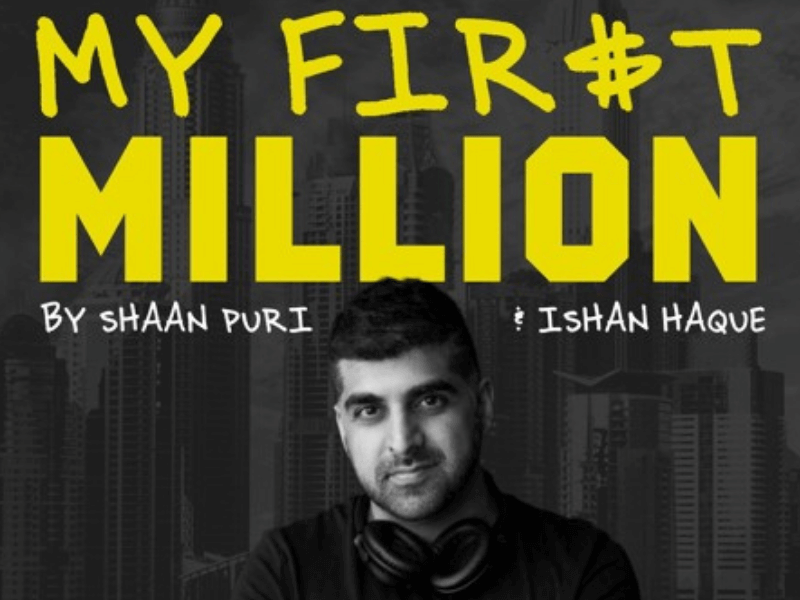 In each episode of the podcast, you will find:

MUST-READ: How to Fund your Business Without Venture Capital?

How Shaan Puri raised over $2.5 million in 21 days from a tweet?

Working on a fascinating project, on September 1, Shaan Puri took Twitter to announce that he wanted to raise at least  $ 1 million in three weeks to launch his rolling fund. The rolling fund is a new type of venture fund created by AngelList that allows its managers to share deal flow with fund investors in quarterly installments.

To everyone’s surprise, he secured $70,000 in commitments within an hour, and he became one of the first people to create a rolling fund. Soon, the amount increased to $ 1.5 million in just five days. The amount was increasing so fastly that he had to close the fund temporarily, he told Business Insider. And he had to put people on a waitlist so that he could slowly add more.

After raising over $2.5 million by the end of 21 days, he was at $2.6 million after the sixth week, and there were more than 100 people still on the waitlist.

Total 73 people have so far committed to be limited partner investors in his fund, and Puri says, surprisingly, he has met only one person out of the 73. He is a 32-year-old senior director of product at Twitch.

What is a Rolling fund, and why its search rate is rapidly increasing?

A “Rolling Fund” is a new type of investment vehicle that allows investors to invest in the fund on a quarterly subscription basis. Traditional venture funds force you to raise an entire fund in a short period of time. After knowing this, you must have a lot of questions raising in your head, like what is the mechanism of rolling fund structure, how to invest in it, what is the technology behind it, and many more. Get all the answers related to Rolling fund questions cleared here.

AngelList is a new rolling fund structure that makes it easier for individual accredited investors to invest in startups. Also, like all rolling funds, if investors are not satisfied, they can cancel future payments anytime. This is one factor behind the success.

Another factor turns out to be that Shaan's All Access Fund quarterly subscription is only $6,000 which is a relatively affordable amount.

From the 32-year-old investor’s point of view, the real secret behind the fast millions that he raked in was because of his loyal, 23,000-plus Twitter following.

Who are angel investors, and what questions they ask entrepreneurs?

Angel investors also known as private investors are the people who provide capital for a business startup in exchange for convertible debt or ownership equity. They support the startups when most investors are not prepared to back them, i.e. at the initial moment. They can be anybody from professionals like doctors and lawyers; business associates to other entrepreneurs. Get to know about angel investors and their questions in detail.

Join the launch event and get freebies worth 1999 USD.