The First Lab-Grown Chicken Restaurant has Opened its Doors

Loved it? Share with others
designeverest.com/lounge
The First Lab-Grown Chicken Restaurant has Opened its Doors
By Jyotshana Rani, OpenGrowth
19th Dec'20

As we all know that continuous research and experiments are going on daily, and it results in many new inventions, lab-grown meat is one such result. People especially, animal activists, vegetarians, vegans, environmentalists, and many more are against the killing of animals to make meat. Not only that, there are many other factors that lead to the production of cultured meat.

The Chicken, a new restaurant opened in Tel Aviv that is offering customers chicken burgers made from “lab-grown chicken meat.” The restaurant is close to a startup named SuperMeat which is producing chicken that is grown from cells in a bioreactor.

It is believed that lab-grown chicken is the future of the meat industry and as the startup prepares for large-scale production of the food, diners are simply asked to give feedback on lab-grown chicken instead of paying for the meals.

MUST-READ: Have you ever tried Meatless Meat?

What is lab-grown meat or cultured meat?

Animal stem cells are used to create meat. Scientists first go about collecting a muscle sample from an animal. As stem cells are the building blocks of cells and tissues, and by feeding them amino acids and carbohydrates, the muscle cells get multiplied and grown in the lab. And when the muscle fibers start growing, we get an artificially created meat that resembles actual meat in terms of appearance, texture, and nutrient profile.

Also, get to know the facts about Cultured Meat 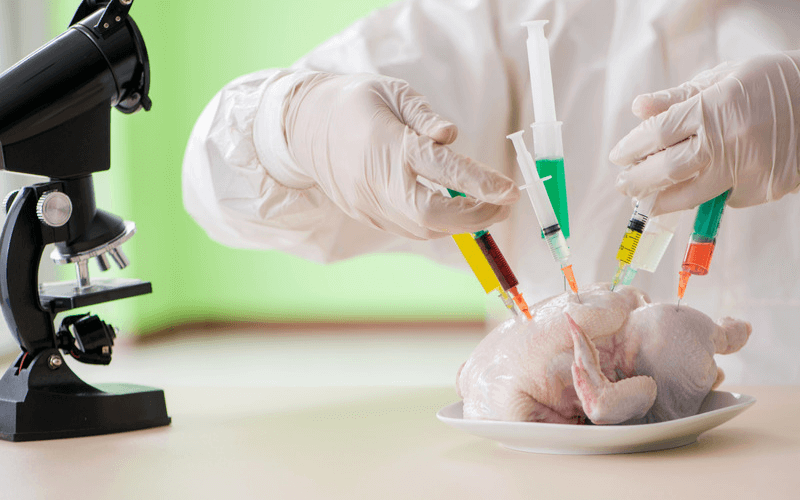 As we know, with the increasing population, meat demands are also increasing and to meet the demand many dirty practices like stuffing chickens in overcrowded factory farms and these cruel living conditions often lead to the overuse of antibiotics and could lead to the next deadly pandemic by spreading a virus from animals to humans. The lab-grown meat will help in eliminating such practices.

Is Lab-Grown Food the Future? — Pros and Cons to Consider

Lab-grown meat or cultured meat are considered the future of meat and may negate the killing of animals and lead to a more sustainable and environmentally friendly non-vegetarian society. According to Slow Food, there is a huge growth in meat consumption. In 1950, global meat consumption was around 45 million tonnes and now it has increased to almost 300 million tonnes. This number could double by 2050, If not stopped. Seeing this scenario, now scientists all over the world are coming up with a highly advanced solution to the so-called ‘meat problem’. But, there are many points to consider before we completely switch to cultured meat. Get to know the pros and cons which one should consider in the case of lab-grown meat.