The First Mission to Space with the All-Civilian Crew: SpaceX

Loved it? Share with others
designeverest.com/lounge
The First Mission to Space with the All-Civilian Crew: SpaceX
By Jyotshana Rani, OpenGrowth
10th Feb'21

American aerospace manufacturer and space transportation services company, SpaceX was founded by Elon Musk in 2002 with the goal of reducing space transportation costs to enable the colonization of Mars. Since its inception, SpaceX has developed several launch vehicles, Dragon cargo spacecraft, and the Starlink satellite constellation (providing internet access), which has flown humans to the International Space Station on the SpaceX Dragon 2.

With the development in technologies, nothing seems impossible now. Recently, SpaceX has announced plans for the first all-civilian mission to space, a major milestone for private spaceflight and the nascent space tourism industry.

Visit these links to know about SpaceX works:

Starlink is a satellite internet constellation that builds an interconnected network of about 12,000 small satellites in low Earth orbit. Starlink satellites use lasers to boost internet speeds, and it is believed that its unique technology will help in filling the connectivity gap between urban and rural areas. Get to know about it in detail.

Falcon 9 is the world's first orbital-class reusable rocket designed and manufactured for the reliable and safe transport of people and payloads into Earth orbit and beyond. Read more. 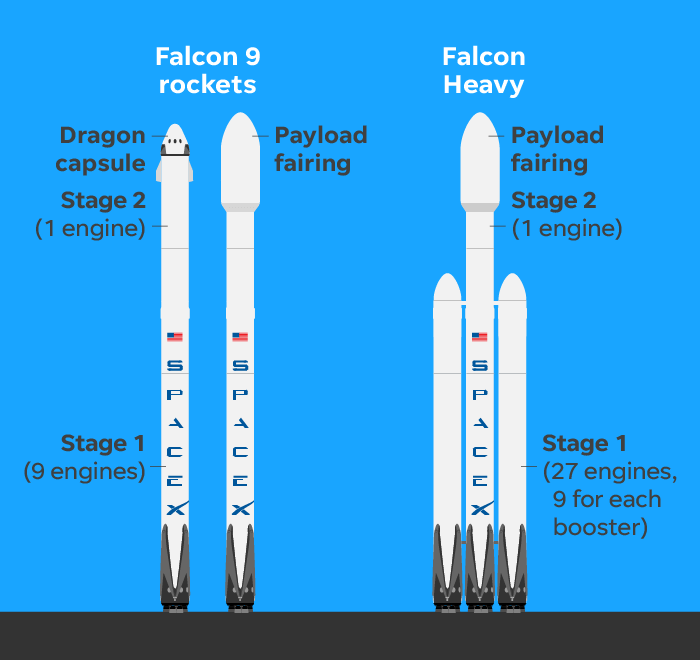 Elon Musk’s SpaceX is all set for the world’s first all-civilian mission to space and has announced plans for the same. It will be launched from the Launch Complex 39A at NASA’s Kennedy Space Center in Florida in the fourth quarter of 2021. Commanded by Jared Isaacman, founder and CEO of Shift4 Payments and an accomplished pilot, an all-civilian mission will launch four private individuals on a Crew Dragon capsule into orbit around the Earth.

The mission is called ‘Inspiration4’. According to the official press release, it is named in recognition of the “four-person crew’s mission to inspire support for St. Jude Children’s Research Hospital and send a humanitarian message of possibility.

Isaacman has already given two seats on the mission, in which the first seat will be reserved for a St. Jude ambassador with direct ties to the task. For the third and fourth crew seats, an online competition is held from February 1 to February 28,  listed on the Inspiration4 website. The third seat is open to those who donate to St. Jude. Issacman has donated $100 million to St. Jude Children’s Hospital, and to raise $200 million more, people will be invited to donate at least $10 to St. Jude to get a chance to be picked. The fourth is open to new and existing customers of Isaacman’s Shift4Shop eCommerce platform. The full crew will be announced soon. 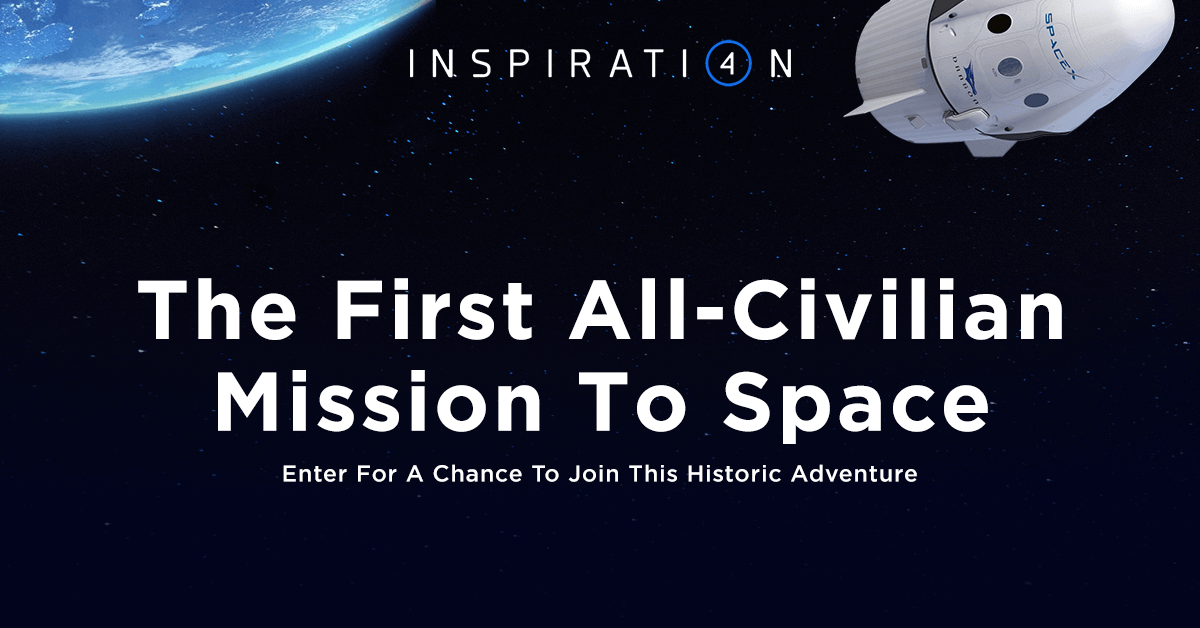 Go through these blogs to have a clearer idea about the mission:

It is a leading children's hospital that treats the toughest childhood cancers and pediatric diseases. Founded in 1962, the hospital costs about US$2.8 million a day to run, but patients are not charged for their care. It treats infants, children, teens, and young adults up to age 21 and, for some conditions, age 25. Click to know about the hospital.

Get a chance to join the historical adventure on the first civilian mission to space while donating a little amount to a hospital. Click to grab the opportunity.