This Bluetooth Attack Can Steal a Tesla Model X in Minutes

Loved it? Share with others
designeverest.com/lounge
This Bluetooth Attack Can Steal a Tesla Model X in Minutes
By Jyotshana Rani, OpenGrowth
11th Jan'21

Based in Palo Alto, California, Tesla is an American electric vehicle and clean energy company. Electric cars (the Model S, Model 3, Model X, and Model Y), battery energy storage from home to grid-scale (the Powerwall, Powerpack, and Megapack), solar panels, and solar roof tiles, are some of its current products.

Successfully operating for 11 years and with a market share of 17% of the plug-in segment and 23% of the battery-electric segment, Tesla is ranked as the world's best-selling plug-in and battery electric passenger car manufacturer in 2019. The company surpassed the 1 million mark of electric cars produced in 2020. With more than 500,000 products delivered, the Model 3 ranks as the world's all-time best-selling plug-in electric car. Tesla cars accounted for 81% of the battery electric vehicles sold in the United States in the first half of 2020.

Bluetooth Attack Can Steal a Tesla Model X in Minutes 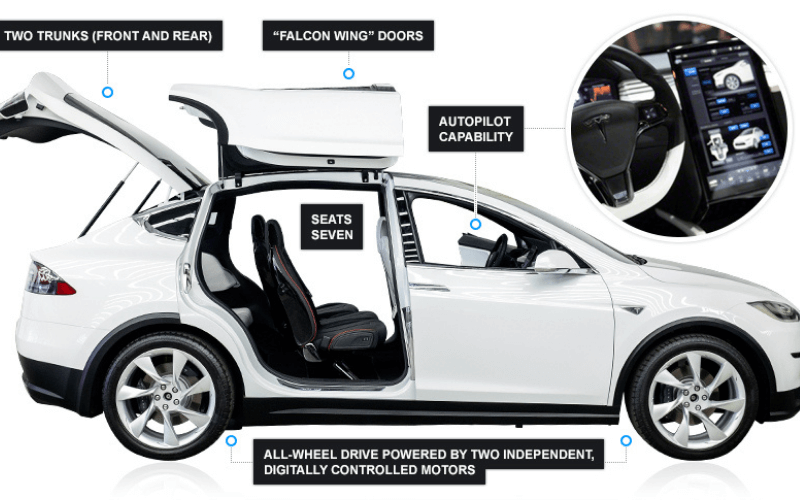 A security researcher at Belgian university KU Leuven, Lennert Wouters, revealed a collection of security vulnerabilities that he found in Tesla Model X cars and their keyless entry fobs. As per his findings, any car thief who manages to read a car's vehicle identification number (VIN), which is typically visible on a car's dashboard through the windshield can easily exploit those combined vulnerabilities. It is just a matter of 90 seconds to hack and steal a Tesla Model X through a Bluetooth-connected key fob.

According to Wouters's findings, a flaw in the firmware update process of Tesla Model X key fobs is the reason behind this. It is very easy to exploit this flaw using an electronic control unit (ECU) salvaged from an older Model X vehicle, which can be easily acquired online or at any stores selling used Tesla car parts. This EUC can be modified to trick a victim's key fob into believing the ECU belonged to its paired vehicle and then push a malicious firmware update to the key fob via the BLE (Bluetooth Low Energy) protocol.

Check the Tesla Model X features and models in detail.

The 2021 Tesla Model X is insanely fast, the electric crossover leaves gasoline engines way behind when it comes to powers and acceleration. It is more practical and stylish, the 2021 Model X has a base price for the 'Long Range' is $74,690 and the 'Performance' pack price is $94,690. Get to know the price, features, specifications, and many more in detail.