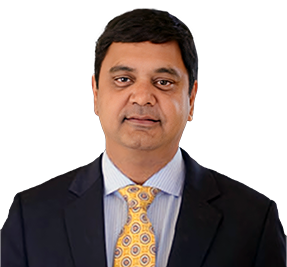 Over the course of his career, Gunjan has spent over 20 years in various entrepreneurial, board, and executive positions building innovative businesses. As an Internet pioneer, he was the Co-Founder and President of WhoWhere? Inc., a leading Internet directory services company that was acquired by Lycos in 1998, as well as eGain, an online customer service company which he built from inception to post NASDAQ IPO. Gunjan currently serves on the Board of Directors of several Silicon Valley companies, and in 2010, he was appointed to the Board of the US-India Science and Technology Research Endowment Fund by the US State Department to promote entrepreneurship and innovation. He also serves as the Chairman of CFHI.org which brings transformative healthcare education to under-served communities around the world. He is currently the Executive Chairman of MetricStream and is responsible for leading the firm's overall vision and direction. Gunjan obtained his BS and MS degrees in Computer Science from the Indian Institute of Technology, New Delhi, and UC Santa Cruz, respectively. He also holds an MS in Industrial Engineering and Engineering Management from Stanford University. Gunjan has been featured as one of the 50 most successful immigrant entrepreneurs in the US by Silicon India.