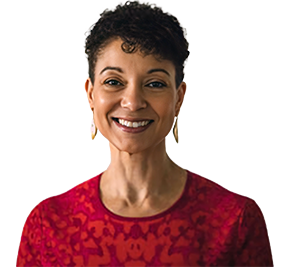 Board Member, Nordstrom, Verizon, Roper Technologies and Okta
About

Ms. Archambeau is an experienced CEO and Board Director with a track record of accomplishments building brands, high performance teams, and organizations. Ms. Archambeau currently serves on the boards of Verizon [NYSE:VZ], Nordstrom [NYSE: JWN], Roper Technologies [NYSE: ROP] and MetricStream. She is the former CEO of MetricStream, a Silicon Valley-based, governance, risk, and compliance software company that enables corporations to improve their business operations through better risk management across the enterprise. Ms. Archambeau built the company into a global market leader with over 1200 employees serving customers around the world. Under her leadership MetricStream was recognized for growth and innovation over the years and was named in the top 10 of the “Deloitte Technology Fast 50” and named a global leader in GRC by leading independent analyst firms for 9 consecutive years. Ms. Archambeau has over 25 years of experience in technology leading organizations focused on business to business as well as business to consumer. She is a recognized expert in marketing and co-authored, “Marketing That Works: How Entrepreneurial Marketing Can Add Sustainable Profits to Any Sized Company.” She has held EVP of Sales and Chief Marketing Officer roles for two public companies and as President of Blockbuster.com, launched the entertainment retailer’s first online presence. She was named the second most influential African American in IT by Business Insider in 2013. In 2015, she was ranked one of the “100 Most Influential Business Leaders in America” by Newsmax and that same year received the NCWIT Symons Innovator Award from The National Center for Women & Information Technology (NCWIT). Shellye is also a sought-after speaker on governance, risk and compliance as well as marketing and entrepreneurship. She guest lectures at Stanford’s Graduate School of Business and The Wharton School of Business. She has been featured or referenced in major publications such as The Wall Street Journal, The New York Times, Forbes and The Financial Times. In her spare time Shellye enjoys exercising, the performing arts, entertaining and cooking.